At the End of the Bridge in Kilmarnock, Scotland (after John Ryan)

Specifically made for Dick Institute this work is more performance than painting. When the exhibition closed each of the seventeen canvases that make up the bigger image were given away to visitors of the exhibition that expressed an interest to do so. A photograph was taken when the visitor received their painting, other than that there was no further contact with the visitor and no other record made. 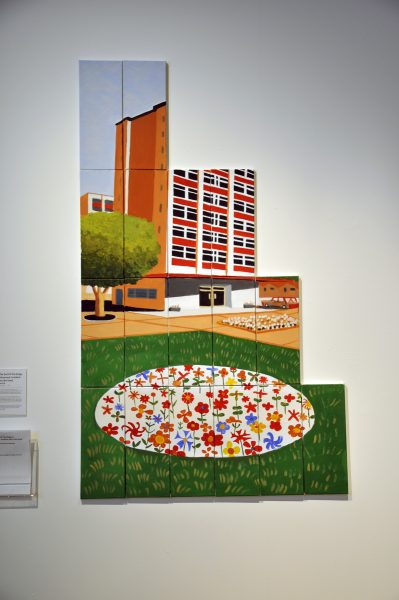